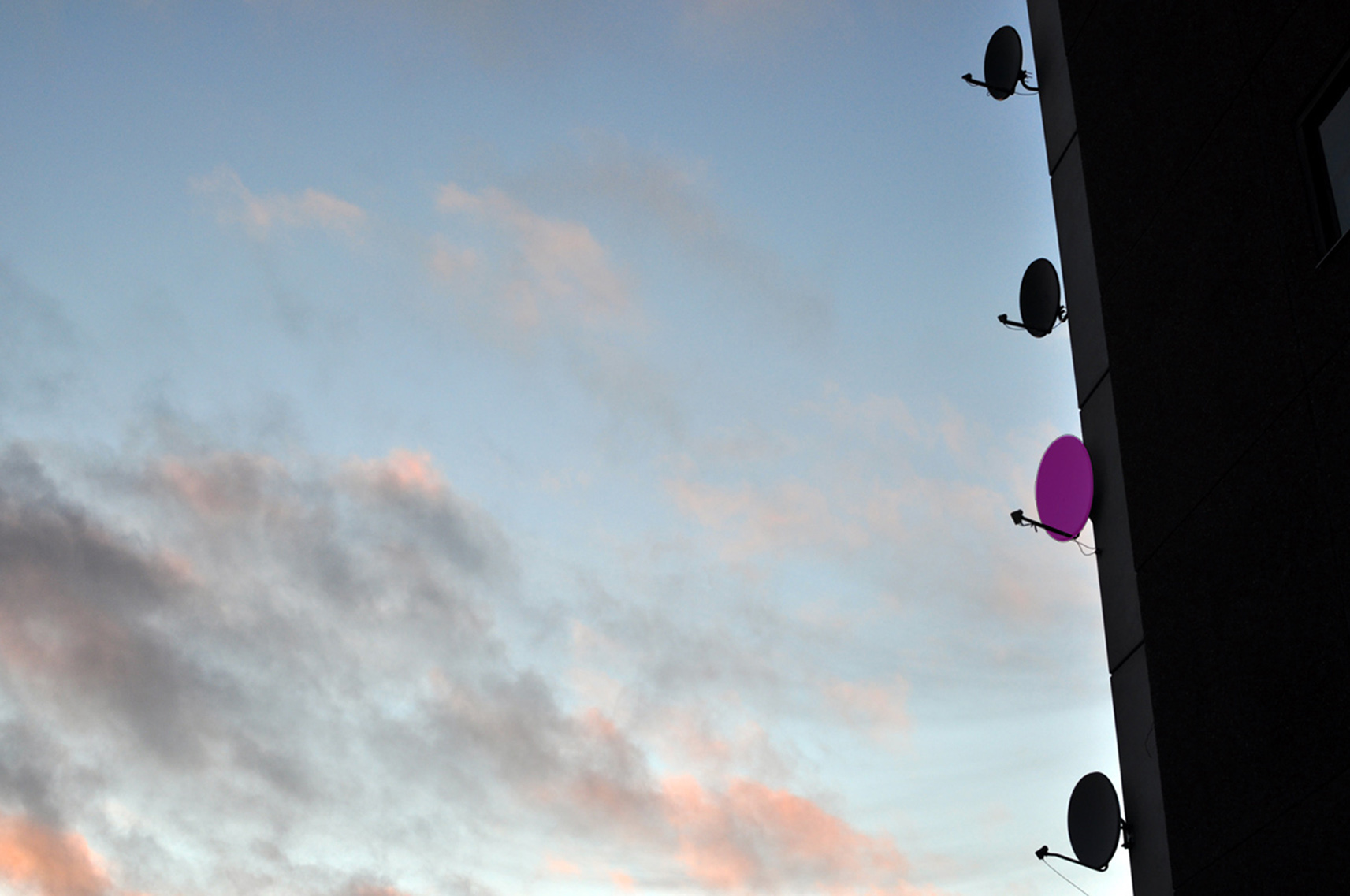 Satellitstaden is an on-site installation, a website, a book, and printed matter that express different aspects of an investigative research into media, the philosophy of exile, contemporary urbanism and transnational media networks. Ultimately it seeks to respond to the question: "what is it we call home?"

Satellitstaden (2011-2012) was a public arts project that relies on community participation in an artistic installation using satellite dishes in Fittja, a public housing estate located in Botkyrka municipality 30 kilometers south of Stockholm, Sweden.

This suburb has not been renovated since it was built in 1973. On its deteriorating concrete façades, one immediately notices hundreds of satellite dishes hanging from the balconies in such a way that they become part of the architecture - and a relevant aspect of the life of the community. Satellitstaden has a research aspect that aims to study the importance of satellite media in the lives of immigrants and issues in cultural integration in European satellite cities and beyond.

The most visible part of the project consists of coloring several satellite dishes in the area in close collaboration with local residents.The result is a street-wide intervention on the façades that changes the way residents and visitors perceive their own neighborhood.

However, we needed access to the satellite dishes in order to colour them. We needed to understand the life of the community at close range and build relationships in order to find participants over the course of the year. An extensive web of collaborators, local ambassadors, asssociations, neighbors, family and friends unfolded over time, intensified by living in a local artist´s residency for two months. The installation is a result of intense interactions between the artist and the 65 participants in the community.

See the social constellations emerging from this process.

The conditions for participation were clear. In order to get the color on the satellite dish, the participant was expected to give us an interview in return, preferably in their living room in front of their TV. Most meetings happened in kitchens, where often a TV featured prominently . We were greeted with tremendous hospitality and learned more about the importance of television in people's lives, and by extension what does it mean to live far from one's homeland and strategies of coping with exile edia such as television, Internet, etc.

You can find excerpts of these interviews here.

Satellitstaden is now a book!