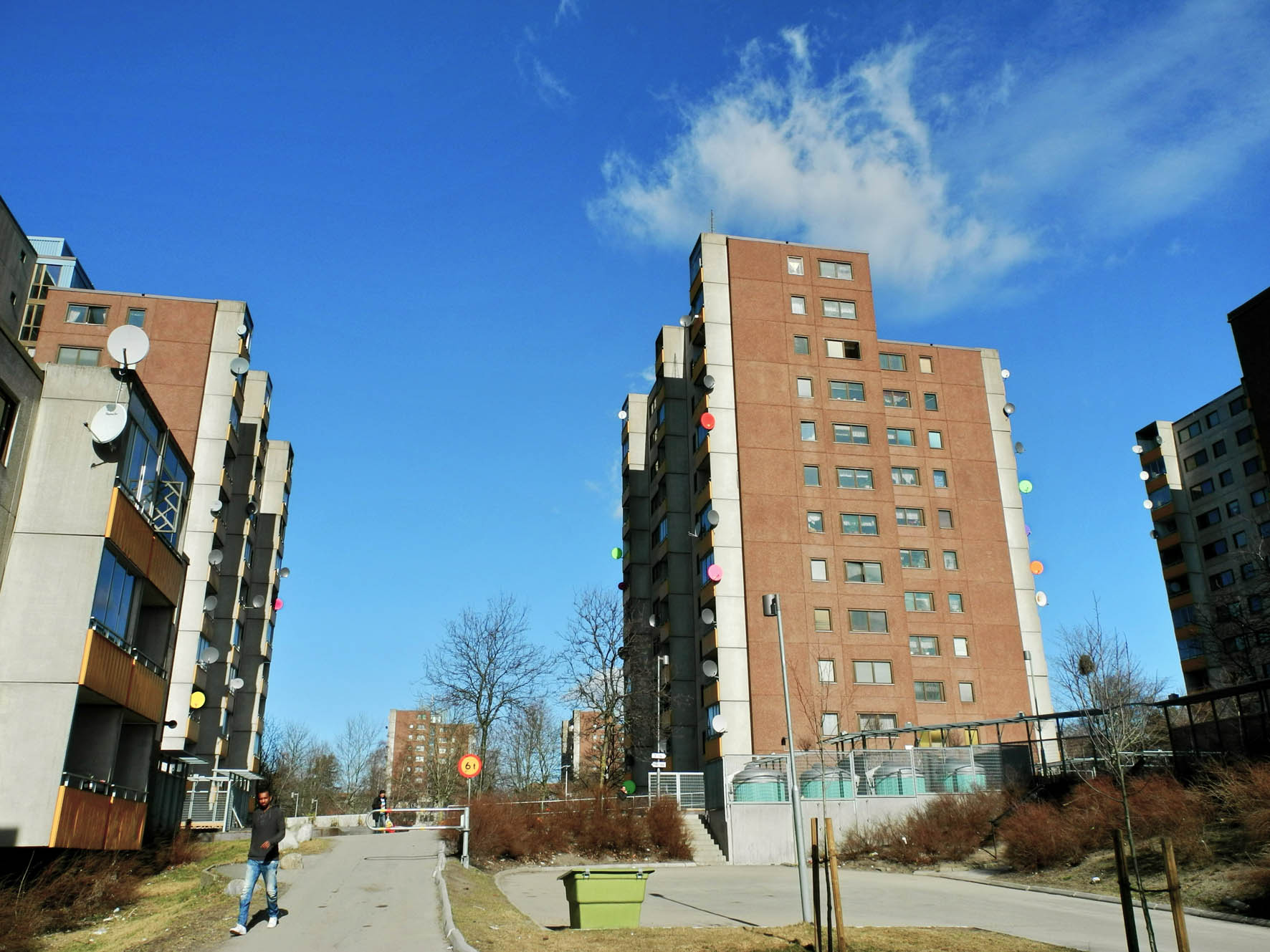 The setting is Fittja, a housing estate in a Stockholm suburb built in the early 1970s. Hundreds of satellite dishes hang from pre-fabricated concrete façades and enable many immigrants to watch satellite television broadcasts from all over the world, and mainly from their homelands. However, these objects are more than receivers of television signals, and television in Fittja is more than just entertainment.

The satellite dishes represent an important lifeline in the connection to the homeland – and this creates a strong relationship between home and homeland through satellite media. Yet satellite dishes are condemned by the authorities for violating building codes, for being aesthetically disruptive, and with the onslaught of digital television, these objects may be on their last stretch.

In recent years, satellite dishes on the façades of public housing estates in Sweden have become a marker for the segregated city, where immigrant populations find themselves more and more being pushed away into satellite cities in the peripheries of Stockholm. The media often claim they create an “integration problem” amidst the debates about multiculturalism in an ever more conservative political climate both in Sweden and in Europe.